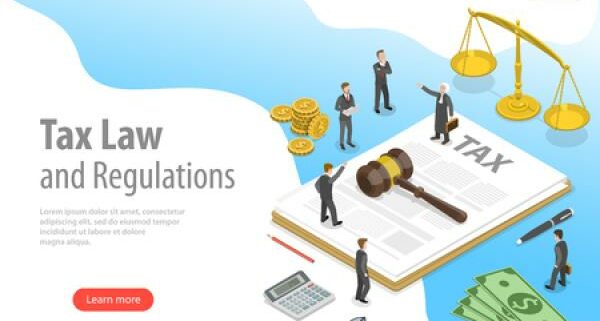 In late March, the Biden Administration released its budget recommendations for 2023, along with revenue proposals. These proposals were included in the Treasury Department’s General Explanation of the Administration’s Fiscal Year 2023 Review Proposals, which is more commonly known as the “Green Book.”

These proposals included changes to the tax code, which have not been approved yet, but could pass by the end of the year. Here are some of those proposed changes:

One of the major proposed changes is to raise the corporate income tax rate from 21 to 28 percent. Other changes would include adopting the Undertaxed Profits Rule, expanding access to Retroactive Qualified Electing Fund Elections, providing incentives for locating jobs in the United States, removing tax deductions for shipping jobs overseas, expanding the definition of Foreign Business Entity to include taxable units, preventing basis shifting by related parties through partnerships and conforming the definition of control with a Corporate Affiliation Test.

The Green Book also proposes some changes to the tax-rate for high-income earners. It would increase the top marginal tax rate to 39.6% on income over $450,000 for married couples filing a joint return, $400,000 for unmarried individuals, $425,000 on head of household filers and $225,000 for married individuals filing separately. After the fiscal year 2023, the thresholds would move with the Consumer Pricing Index.

Additionally, the proposal would tax long-term capital gains of more than $1 million at the ordinary tax rate of 37% and would impose a minimum tax of 20 percent on taxpayers with wealth that exceeds $100 million.

The Green Book proposal would include some changes to how certain trusts are taxed. For instance, it would treat transfers to and from grantor trusts as “recognition events”, making them taxable. It would also treat the payment of income taxes of a grantor trust as a gift for all trusts created after the date of enactment. Other related changes include limiting the duration of the generation-skipping transfer to two generations below the transferor and those beneficiaries who were alive at the creation of the trust, requiring more consistent valuation of promissory notes and broadening tax administration for trusts and descendant’s estates.

One of the focuses of the Green Book proposals is to close some so-call “tax loopholes.” This would entail taxing carried interests as ordinary income, repealing the deferral of gain from like-kind real property exchanges, requiring 100% recapture of depreciation deductions as ordinary income for certain real property, limiting a partnership’s tax deduction in certain conservation easement transactions, limiting the use of donor funds to avoid private foundation payout requirements, extending the assessment period for certain qualified opportunity fund investors, establishing an untaxed income account regime for certain small insurance companies, expanding pro-rata interest expense disallowance for business-owned life insurance, correcting drafting errors regarding the taxation of insurance companies in the Tax Cuts and Jobs Act of 2017 and defining the term “ultimate purchaser” for the diesel fuel exportation purposes.

The 2022 green book proposal is also aimed at making some changes to tax administration and compliance. Some of these changes include enhancing the accuracy of tax information including potentially requiring electronic filing, extending the statute of limitations for listed transactions, imposing liability on shareholders to collect unpaid income taxes of certain corporations, permitting the carryover of a reduction in tax that exceeds a partnership’s tax liability, extending the statue of limitations for certain tax assessments to six years, requiring employers to withhold tax on failed, non-qualified deferred compensation plans, increasing the threshold for simplified foreign tax credit rules and reporting, addressing compliance in connection with tax responsibilities of ex-pats, among other changes.

Another aim of the proposal is to modernize the tax rules, especially as they relate to digital assets. One such change would be to update the securities loan rules to include trading digital assets recorded on cryptographically secured distribution ledgers in certain cases. Other modernizations would include requiring certain taxpayers to report information about foreign digital asset accounts, amending mark-to-market rules for dealers and traders to include digital assets and requiring certain financial institutions to report the balance for all accounts maintained at a U.S. office and held by a foreign person.

The Green Book proposal would make some changes regarding benefits tax administration. Those changes would include clarifying tax treatment of on-demand pay arrangements and of fixed indemnity health policies and updating the funding rules for post-retirement medical and life insurance benefits.

This is just a small sampling of the proposed Green Book changes which could soon become reality. If you’re wondering how this could affect you, Traders Accounting can offer you a tax analysis. This is especially recommended if you have an existing C-Corp and want to know if you should switch to an LLC or an S-Corp. The cost will be $200 for the hour. Give us a toll-free call at 800-938-9513 to learn more today!

Want to join the discussion?
Feel free to contribute!

What You Need to Know About the Inflation Reduction Act

Reasons to Dissolve Your Company
Scroll to top